She's Baaack (but not staying)

I've been very remiss about posting and writing this blog so I'm just here to say that I needed a break from all this self-reflection; and I still do.   I don't want to post stuff that's negative and lately, that's what's been rattling around in my lesion filled brain.

So, as our mothers taught us, if we don't have anything nice to say, say nothing at all. 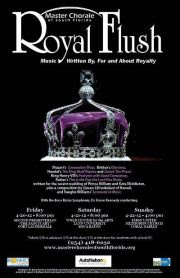 I've been keeping busy with rehearsals for the Master Chorale performances at the end of this month.  It's going to be a wonderful concert and so far I've only missed 2 rehearsals so hopefully all will go well and I'll get to sing this time around.

Next season is our 10 year anniversary and we're doing Carmina Burana again at the Arscht Center and I don't want to miss that.  Also we're doing 6 or 8 performances of Beethoven's 9th which we'll be paid for - so that will be fun; crazy vocally but fun.   Trying to get our former conductors to come and conduct us too which will be wonderful.  After that season I think I'm done with performing.  Hopefully they'll let me still come and participate in rehearsals but I 'get it' if they won't.

One fun thing I did was participate in Eric Whitacre's Virtual Choir 3.  This is a project where singers from around the world (this time 3,746 from 73 countries) upload their individual voice part;  then they digitally collect them and make it into a choir.   I did it last year too with Eric Whitacre's song Sleep and this year's piece was more challenging.  It's called Water Night and I sang the Soprano 3 part.  (There were 16 different voicings - amazing!).   I love Whitacre's music and since he was a student of my former conductor Jo-Michael Sheibe, I feel a connection.   Master Chorale performed his Lux Arumque last year.  (He dedicated Lux Arumque to Sheibe - it's right there in the printed score!)  Anyway, here is Water Night for your listening pleasure. 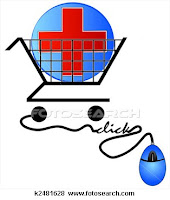 I finally got insurance as of April 1st and even though it's horrible coverage ($2,000 annual deductible and then they pay 80% using in-network doctors only), at least I don't have to worry in case I need to be hospitalized for anything.  But for basic stuff, it's pretty much useless and it costs $376/month.  It's all I could get and it's part of the Obama Care package so I'm grateful.  With a pre-existing condition no company would insure me and thanks to President Obama, people like me can now be covered.   I'm voting for him because of this alone!


Otherwise, things are fine.  I'm just feeling very tired all the time and don't have the energy to change things.   Dealing with annoyances such as a scooter that doesn't work, (got repaired, worked for half a day and is still in for repair).  At least my back-up scooter is working.   Paid a bunch of money to get my car in safe working order.   Sold some gold jewelry that was sitting in the drawer doing nothing and got a bunch of money for it (but see car note above).  On the plus side, Bubba is fine (but not without a scary trip to the vet ER late on a Sunday night).   The SoJo group is going well.  Found 5 months of medication I thought I'd lost (put it in a "safe place", and forgot where it was!).

My brother and his wife are planning to move to Florida and I'll be happy to have some family in the area.   Hopefully by June they'll be somewhere north of me (maybe Boca or Boynton Beach).   I'll see them April 18th while they're here looking for a condo.   So that's what's happening and I'll write again when I have something exciting to report!
Posted by Ms Andisue at 1:16 PM

A Year Of Hope - Preview and Buy it Here!